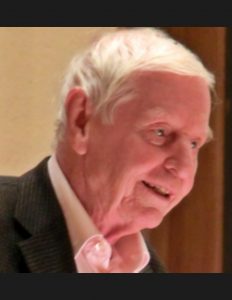 A  Tribute and a Poem

Certainly, Enzensberger was a vigorous participant in the intellectual scene of the Federal Republic of Germany, a stirrer and agitator of linguistically explosive mixtures, but he had a great sense of when retreat and withdrawal were indicated, and so he never got caught up in the real-life spirals of violence of some of the  1968 political activists. In this respect, his mental flexibility and poetic imagination provided him with the good fortune to catch on in time.

He was also canny enough to content himself with the guest role of an easy-going would-be salon revolutionary, to amuse himself by roaming, once in a while, through this red salon and, at other times, through that dark red one, looking around, uttering a few smart sentences, and leaving. Interestingly enough, some of Enzensberger´s lucid mottos seem as if they were tailored to our present times of intolerant hypermoralist attitude and preposturous overbearence: „The moral armament from the left can go hang […] I prefer arguments to confessions. I prefer doubts to sentiments. I do not need contradiction-free world views. In case of doubt, reality decides.“ [1]

In his literary work, however, he was not only always committed, but always profound, original and seldom boring. In addition to his much-acclaimed volumes of poetry, he has written all sorts of essays that inspire, surprise and knowledgeably uncover oftentimes astonishing relationships between various topics and fields, not only stylistically but also thematically. Quite remarkably, Enzensberger accomplished this huge task, exhibiting almost encyclopedic powers, in the „B.C.“ era, that is, in the time before computers.

Enzensberger can rightly be considered one of the great Hommes de Lettres of the Federal Republic of Germany. At the same time, however, he was also a citizen of the world and, as such, on the one hand enlightened his compatriots about other literary worlds and cultures, and on the other hand bringing other countries closer to German literature and culture. Basically, Enzensberger, far more than any other great German writer of the time, such as Grass, Böll, Johnson or Walser, embodied the worldly intellectual poet par excellence.

And this despite the fact that he came from the Bavarian (Franconian) province Enzensberger was virtually predestined for this role not only because of his  intellect and curiosity, but also because of his impressive multilingualism. The latter allowed him to penetrate deeply into other literatures, deeper than probably most of his fellow German poets could. Enzensberger made enormously important contributions to translations and essays that introduced the German literary scene to Anglo-Saxon poetry, Spanish, Portuguese, and Russian poetry, to name but a few. In this respect, he was like a “German Ted Hughs” who with his „Poetry in Translation“ project had achieved something similar for the English-speaking world

Now the great Enzensberger, whom one is tempted to call „Eloquenzensberger“ because of his great eloquence, has died at the age of 93. As expected, there were obituaries in all the major German newspapers. But it is astonishing how mediocre most of the feature pages of the still existing larger newspapers „paid tribute“ to Enzensberger. We do not want to add another such obituary to those that seem to be motivated more by duty than by inclination and characterized more by superficial small talk than by literary knowledge. However, in one of the next issues of ARIEL-ART we will pay more detailed tribute to Enzensberger’s poetry. Here, as mark of respect, we´d like to dedicate to Hans Magnus the bilingual poem „A Pundit´s Ditty“ which obuously is inspired by him. 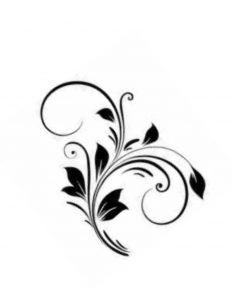 They intonate into the mixed chorus of discounted

They cost a smile, just putting up a brave front

They´ve lost their mind and status as king jesters

They frequently change their gender, pester

pronouns wanting to abolish, alter anything

They do not know yet exactly what, meanwhile

they´re playing themselves to the fore

with climatically purified ethics or at least

They come across as ice-cream

working guys, reality, however, reality is

what it is:  overwhelmingly present

And they are nothing but wannabe 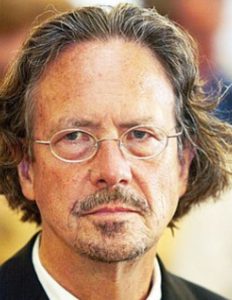 A Tribute and a Poem

The figure of the outsider is central to modern literature and also to Peter Handke, who has experienced this role firsthand since his birth. One could understand Handke’s work as writing about the outsiders of this world, about the disadvantaged, the forgotten, the despised. He sets out in writing to search for himself and in doing so discovers the conditioning and stabilizing power of faithful language. Thus, he discovers and uncovers the core substance of what connects us all as human beings and to which we are all exposed: The Conditio Humana.

In his endeavors, it seems to me, he is guided by the creative eros of concrete truthfulness, that is, of truth that is appropriate to the individual and his individual history in the respective context in which he is embedded. In doing so, Handke never judges, never erects border walls, neither those of hatred and damnation, nor those of highfaluting hypermorality. As with all truly great poets, his writing always resonates with a love of people. His prose is sensitive and meditative, his poetry original, wittily ambivalent and striking.

In an era that sells as literary art the shallow waters of popular realism [1], which, among other things, dispenses with the optative and subjunctive, concentrates primarily on the trivial communication of action, and neglects poiesis, it is a soothing, almost spiritual experience to read Handke. In his artful and authentically true language, one can indeed find a rewarding home and come to one´s senses.

The fact that Handke, the humanist whose ambitions never were oriented toward a prize, was awarded the Nobel Prize speaks volumes for the reawakened lucidity of the Nobel Prize committee that, in previous cases, e.g. Bob Dylan, had made embarrassing blunders.

Through the barbed wire I want blackberries*

in sight of, in spite of the divisive

I will eat them with you and I will

the beauty, beauty I want

to pass on through the wires of the world

and its masked faces

I want to tell the horizons

what was good shall be good

I want to tell the mountains

bowing to the flower is possible

and the bird on the bough is responsive

and the blue in the sky is matching

so, slow me down, transform me

unfolds as we approach

as child’s play and the house of power

is a child’s face

so, let me decipher the music of the world

let me decipher the impulse of the galaxy

let me decipher the breeze of your breath

in the universe of your beautiful

*  The poem above uses, in a kind of cut-up technique, some sequences from Handke’s Nobel Prize speech, which he gave in Stockholm in 2019, and a few short quotations from his book „Als das Wünschen noch geholfen hat“ [Suhrkamp Verlag, Frankfurt am Main 1975].